About Us | Stazione Deli
ORDER ONLINE

A History of Stazione

Are You Hungry Yet?

Back in the early 70’s all of the fuel sold in our marketing area was full service.  The attendant would check your oil, check your tires and fill up your vehicle with gasoline.  In 1974 Lakeside Service opened if first self service station with 12 single electronic dispensers.  The attendant, located in a kiosk in the center of the station was able to turn on the dispenser and you would pay at the window after you pumped fuel.  The consumer appeal was all about price.  It was much cheaper than the traditional full service price.  Between 1975 and 1977, the market share of self-serve gasoline doubled to 30 per­cent, and a year later it broke 50 percent to over­take full service. The wave of the future had belatedly arrived.

Fast forward 10 years and almost all of the full service stores had installed self-service islands.  You had a choice to either pay the higher price for service or pump it yourself and save.  Almost all consumers chose to pump themselves and save.  This made it extremely difficult to be profitable with the low margins for self-service gasoline.

In 1984 management decided to convert a full service location to self-service with a convenience store.    All dispensers were replaced with “new” pay at the pump technology and coolers were added for drinks and snacks.  In the beginning, one of the biggest challenges with self-service was how to integrate ease of payment into the self-service experience.  In the mid-1980s, credit card readers were integrated into pump dispensers. Some people thought it was a stupid idea because customers wouldn’t go inside the store anymore and in-store sales would drop.  Fuel marketers were initially reluctant to install pay-at-the-pump technology because they feared profit loss from in-store merchandise.  Buying gasoline is already a distressed purchase, so anything a retailer can do to make it less stressful is good. Pay-at-the-pump has done that.  So with our first convenience store ready to open we needed a name.  Employees were asked to come up with ideas.  What will we call our first convenience store?  Mr. Domonic Versaggi recommended Stazione.  Pronounced (stay-c-own-e)  Italian for Station.  Well the name stuck and Stazione Deli Market was born.  Locals pronounce it (sta-z-own).

In 1990 we build our first location from the ground up in Morgan City.  Right after Stazione Deli Market #2 was opened we started on Stazione Deli #3 in Pierre Part, Louisiana.  We purchased a corner lot on Highway 70 and Lee Drive.  Stazione #3 opened in 1991.  In 1994 we build Victor II Stazione in Morgan City next to the Hospital.  In 2008 we purchased our Berwick Stazione location from a repossession sale.  The most recent project was the demolish and rebuild of Stazione #1 in Patterson.  The store was completly torn down and rebuilt with extensive food service and inside restrooms.

Our 5 locations all sell Exxon gasoline and Diesel.  We have extensive foodservice offerings including Hunt Bros Pizza, Krispy Krunchy Chicken and our own propertiey po-boy program.  ARE YOU HUNGRY YET!  Let Stazione provide Quality Fuel for You and your Vehicle.

ARE YOU HUNGRY YET?

Let Stazione Provide Quality Fuel for You and Your Vehicle

Learn about our Quality Exxon Fuels

Stazione Deli has 5 locations to serve you 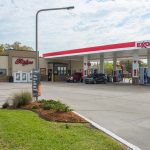 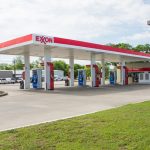 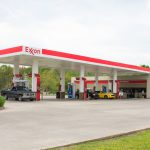 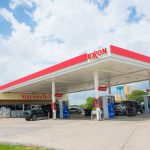 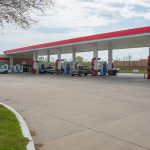